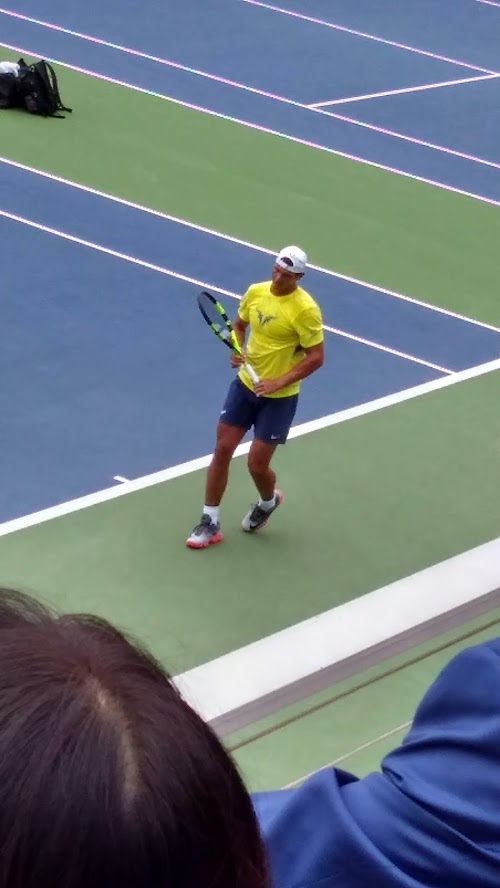 Rafael Nadal won his 3rd US Open title and his 16th Grand Slam title with a convincing 6-3, 6-3, 6-4 victory over Kevin Anderson.  The big serving South African did not have enough weapons to keep the outcome of this match in doubt.  Nadal did what he has done so well for 12 years now – he won matches he was supposed to win.  Rafael Nadal has added 2 majors, 2 Masters 1000 shields, and multiple weeks at #1 to his CV.

Rafael Nadal won all 3 major events (RG 05, 06, 07, 08, 10 + Wimbledon 08, 10 + AusO 09) prior to claiming his first US Open title.  Now,  Nadal has more US Open titles than Wimbledon or Australian Open titles.  Each of Rafa’s title run in NYC have been different as well.  In 2010, Nadal channeled bigger servers and played hard court tennis the way many said he would have to in order to win on the fast courts of Flushing Queens.  In 2013, Nadal was more or less unbeatable on North American hard courts winning Indian Wells, Montreal, and Cincinnati prior to taking the US Open.  In 2017, Nadal won the US Open by overcoming some rough first sets in his first few rounds, dominating his round of 16 and quarterfinal opponents, finding another gear after dropping the first set to Juan Martin del Potro, and then suffocating any hope for an upset that Kevin Anderson had prior to their final date.

Nadal has done it all and then some in his career.  This win seemed unlikely after his losses at Wimbledon, Montreal, and Cincinnati.  Yet, Nadal kept advancing and staking a claim to the next round until there were no more rounds to reach.  The Empire State has a 3 time emperor in Rafael Nadal.