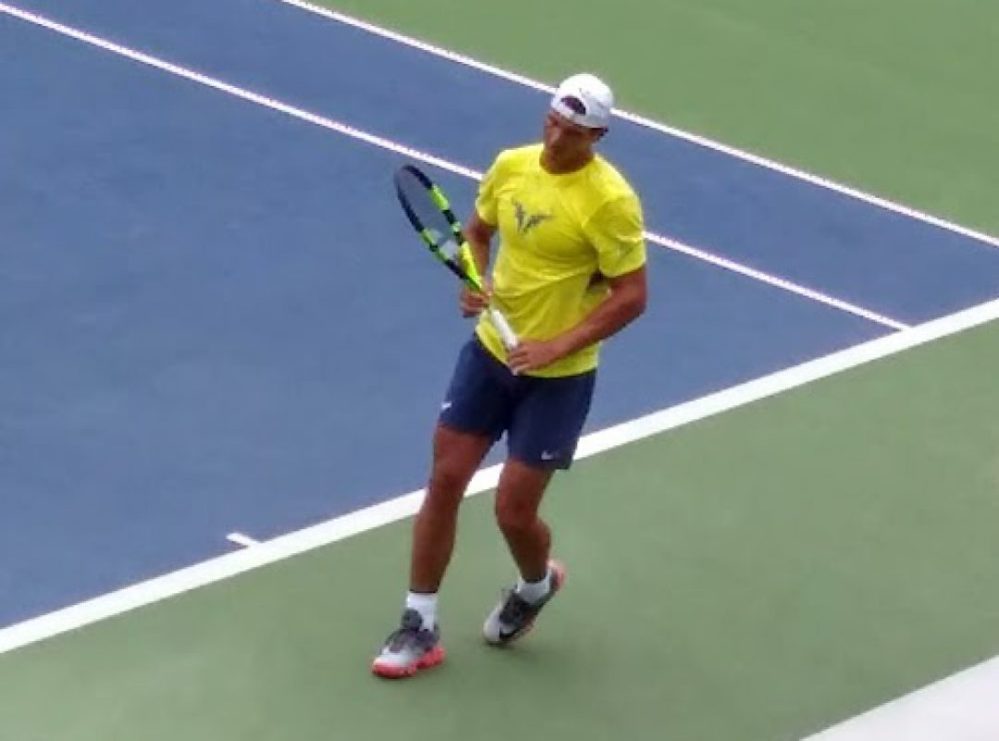 Don’t wave a red cape in front of a bull?

This could be a fun match for fans.  Kyrgios beat Nadal in Acapulco earlier this year on a hard court 3-6, 7-6 (2), 7-6 (6).  That match was a bit of a circus as Kyrgios looked like he may retire mid-match but kept holding serve.  He and Nadal had some critical words about each other in the post-match press conference.  Their head-to-head is tied 3-3.  Kyrgios beat Nadal at Wimbledon 2014 in 4 sets in their only grass court match, and is 3-1 vs. Rafa off of clay.

Why do I think this match could be good instead of thinking it will be good?

It all comes down to Nick Kyrgios’ intensity level.  I don’t think Nadal will play poorly.  He is not overly fond of Kyrgios and probably would like to make up for 2014 as well.  Rafa doesn’t need an excuse or fuel to be intense and play hard.  Nick’s effort level tends to fluctuate.  I would expect him to bring his bravado to this match and be ready to give Nadal no quarter, but I could also see Kyrgios fold up his tent and meekly bow out.

What I Would Tell Each Player

I would tell Rafa to be prepared to see Kyrgios hit a bunch of aces and service winners.  I would say, “You have to be prepared for it and not let it phase you.  Also, know you will get at least one or two opportunities per set prior to a tiebreak.  Your speed and toughness will make the difference, and you will cash in on enough of these opportunities to win the match.  You will also will not give him anything cheap in a set that goes to a tiebreak.  He may win a set or two, but no way does he play clean enough to win three sets.  Be yourself.  You are tougher than him and know you will win.”  Rafa is the overall better player so I don’t think there would be much technical advice as much as just being mentally prepared for a tough grass court match.

I would tell Kyrgios that his serve is clearly the bigger serve.  I would say, “Use that knowledge to really press Rafa’s serve.  Mentally be ready to get as many of his first serves back as he may miss something.  Attempt to take control of any point where he hits a second serve.”  I would also tell Nick to give off positive body language throughout the match.  I would encourage him to not let Rafa think his focus is waning and to be confident in tiebreaks as he’s won all 5 tiebreak sets they have played.  Finally, I would say, “The pressure as sets get to 4-4 and beyond shifts to Rafa due to your dominance of tiebreaks against him.  Let that amp up when you return late in sets knowing that if you break or if it gets to 6-all you are in a winning position.”

I think Rafa wins in 3 or 4 sets, but this could be something or it could be a little bit of a letdown.