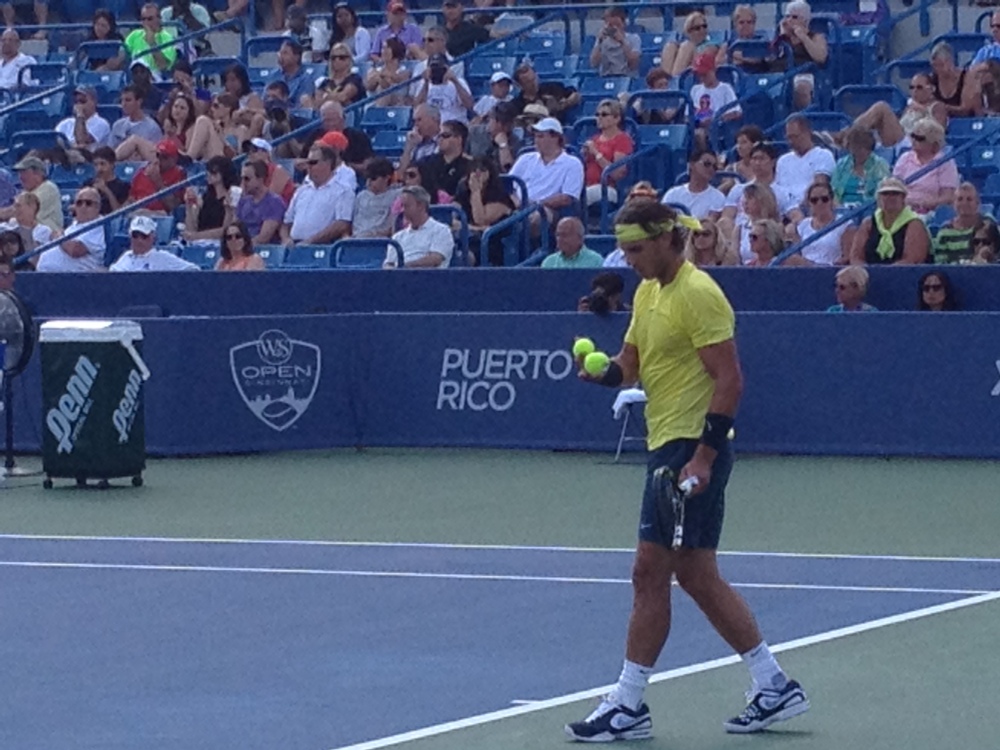 We’ve heard of Throwback Thursdays, but tennis in 2017 has been a throwback year. The Australian Open featured a Williams Sisters and a Federer-Nadal final.  Even Mirjana Lucic-Baroni reached her first major semifinal since 1999.  Newly minted number ones Andy Murray and Angelique Kerber saw dropoffs from their 2016 results at the earliest stages of 2017.  That trend has not reversed itself.  Roger Federer won Indian Wells and Miami in the same season for the first time since 2006.  Rafael Nadal who owns almost every clay court record won Roland Garros, Monte Carlo, Madrid and Barcelona in 2017.  Federer who owns the longest grass court winning streak in history won both Wimbledon and Halle.  Venus Williams was runner-up at Wimbledon and Martina Hingis won the mixed doubles title with Jamie Murray 20 years after winning the ladies’ singles crown.  The Williams Sisters, Hingis, Lucic Baroni, and even Svetlana Kuznetsova have had moments in 2017.  Roger Federer and Rafael Nadal own all 3 major titles of 2017 plus 4 of 5 Masters 1000 shields.  The 2017 tennis season sounds like a television season that has moved into reruns.  Reruns of great programing are welcome and often enjoyed, but we should examine some of the promise and peril of a nostalgia laced tennis trend.

Golf enjoys an advantage over most sports because a golfer can remain in the public consciousness for over 2 decades.  If a talent who is not in the top-tier can become known and marketable, it is good for a sport.  Top players are always marketable in every sport, but casual fans tend to have a better idea of what is going on if players at the next tier have their name in the air for a long time.  As much as Venus, Serena, and Roger’s post-35 longevity may be good for tennis, a player like Tomas Berdych having his name out there since 2004 adds a layer of  familiarity for occasional fans of tennis.

Nostalgia is often a big deal for sports fans.  We’ve all seen boxers who hung on too long in part because their name could draw a big pay-day.  Tennis doesn’t involve violent combat so players not retiring as soon has little downside.  Fans getting to follow players for longer periods of time can certainly help tennis.  In the past 24 months, fans have seen Novak Djokovic hold all 4 majors, Serena Willims tie and surpass Steffi Graf’s major total, Roger Federer add to his all-time major total and become the first man to win 8 Wimbledon singles title, and Rafael Nadal win his 10th Roland Garros title.  That is a lot of highlight material for sports fans.

Tennis had a boom from the mid 1970s through the early 1980s.  By the early 1990s, it was not uncommon to hear some of the stars of the tennis boom era blast tennis for its lack of personalities.  Tennis was much more dependent upon the US at that time, but the famous/infamous “Is Tennis Dying?” Sports Illustrated piece came out during this period of less emotive top tennis players.  An era of fast courts and massive serves also contributed to some of the trouble in 1990s tennis, but the perception among many former top players, journalists, and fans that things were better in “the good old days” harmed tennis in the 1990s.  Greg Rusedski and Wayne Arthurs may not have played the most exciting tennis, but Pete Sampras was a phenomenal athlete, with a big forehand, athletic net game, and yes a big serve.  Sampras also tended to play best in big situations.

By the late 1990s, Pete had shed the label of being dull, but it was a label he never should have had to shed.  In 1990, I thought of Sampras as combining a lot of Boris Becker’s power and game with Stefan Edberg’s physique.  Why did it take until the mid 1990s for Sampras to gain respect?  Why did Ivan Lendl get labeled by Sports Illustrated as “The Champion That Nobody Cares About”?  Did the tennis community ever appreciate Edberg’s genius at the net the way it did McEnroe’s?

Tennis had one near death experience in the 1990s.  It doesn’t need another one.  We can certainly enjoy this throwback year, but the entire tennis world from sponsors, to writers, to bloggers, to tournament organizers, to fans needs to keep the health of the game in mind when new generations eventually supplant the lions who may not quite have hit winter.