I will hopefully be doing more interviews as part of this site.  Madie Cook was kind enough to answer some questions about tennis. 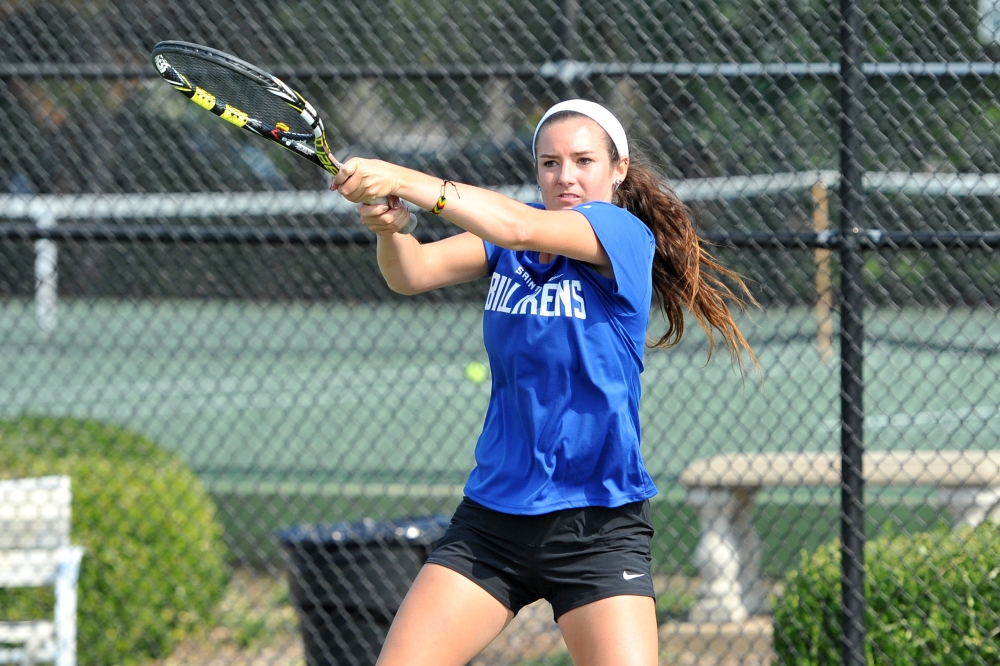 1.  You won a Kentucky High School state title in singles in 12th grade.  What was that like?  Did it help you entering college tennis?

It was one of the best memories I have. At the time, it was the biggest accomplishment I had in my tennis career and I will never forget it. It gave me a lot of confidence before entering college. I was nervous about joining a new team with a bunch of older players, but having that on my back definitely made me feel like I was just as good as all of them.
2.  Given that St. Louis is not really near the Atlantic Ocean, did playing in the Atlantic 10 require a lot of travel to the east coast or did you play most of your matches outside of your conference?
Since traveling to the East coast was so expensive to take our whole team, we didn’t go as much as my coach wishes we could have. Every year we planned a spring break trip and went to New York or D.C. and played two or three matches while we were out there which always helped us with our seeding. We also would usually travel to Dayton and have another team meet us there while we were there and play two more teams at the same time. The majority of our matches were out of conference, though.

3.  What was the biggest difference physically between junior USTA events and college tennis?

The weight training and conditioning is much harder at the college level. We always had a trainer that pushed us in the weight room and since I didn’t lift a lot while I was in high school it was hard for me. I also had a few injuries come about from weight training that wouldn’t have occurred if I would have lifted more in high school.

4.  Did you play more doubles at the college level?  If so, what skills did you add to your game?

Yes. The doubles point in college tennis is a huge momentum factor, especially if it is a close match. I have always been a net player, but I would say since we focused on doubles a lot it made me even more aggressive and I came in a lot more in singles because of it.
5.  How did your singles game evolve over 4 years of Division 1 tennis?
It definitely made me more of a solid player. I was very erratic and not very consistent in juniors, but in college you had to be consistent or you weren’t going to last long at all. I would say that is the biggest thing I gained during my four years.